Cranes back on Surfers skyline 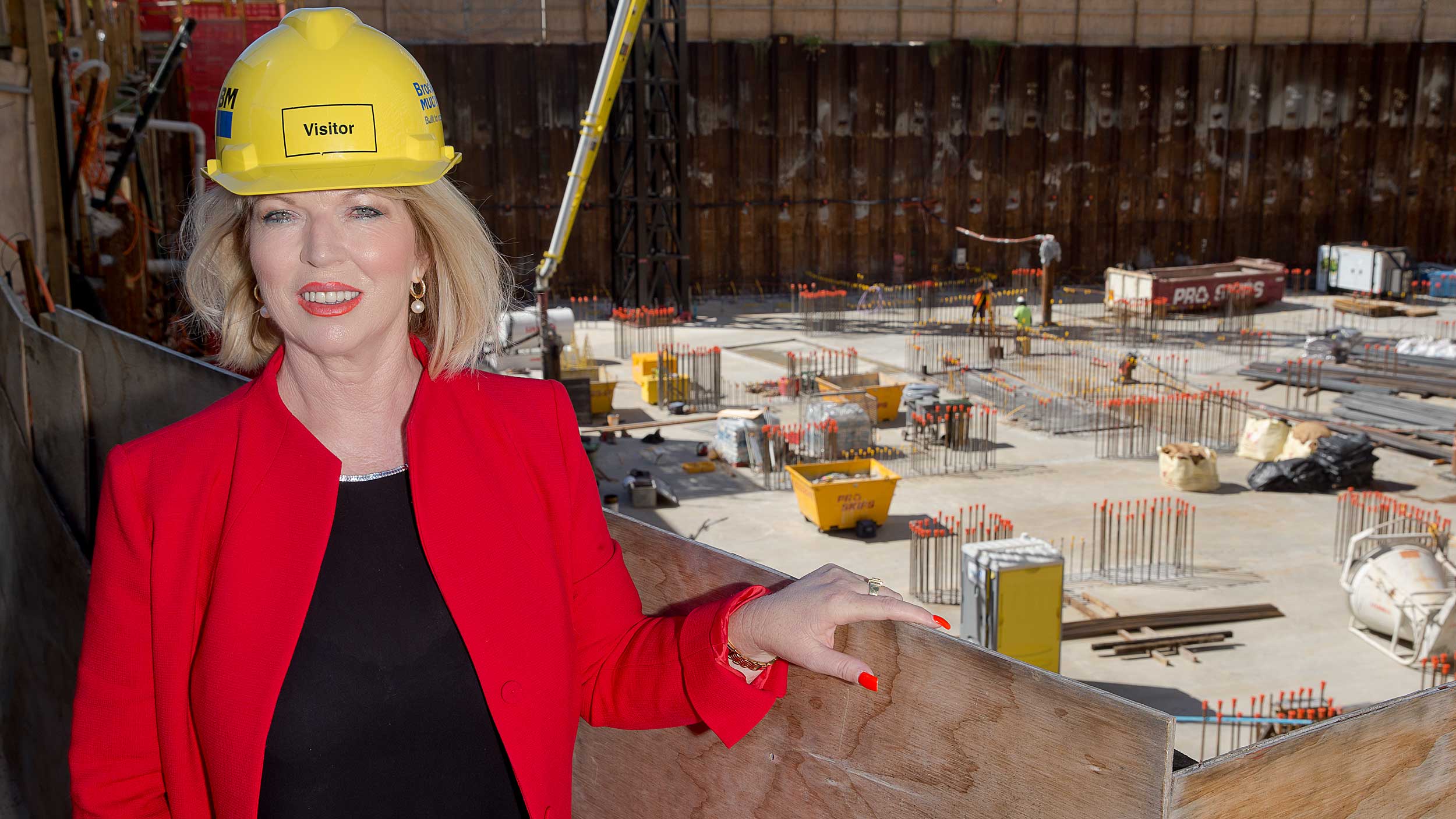 The Surfers Paradise skyline is poised to welcome its first new high-rise in five years with construction set to start on a $120 million apartment project.

The project, developed by HB Australia, will see a 41-level tower rise on a beachfront site between central Surfers Paradise and Main Beach.

Civil works are already underway on the 226-apartment building which was designed by renowned Gold Coast architecture firm DBI Design.

The developer is expected to make an announcement next week after finalising a construction contract with its preferred builder.

The imminent commencement of the as-yet unnamed project follows completion of the last high-rise in Surfers – the $700 million Hilton Surfers Paradise Hotel and Residences in 2011.

Project marketing agent Deborah Provost said the project was an example of the appetite from experienced international residential developers to make a stake in the Gold Coast.

“The Gold Coast is facing a critical shortage of new apartment stock and this product will go some way in filling that impending void,” Ms Provost said.

“The delivery of this project is a major coup for the city and symbolises the next cycle in the Gold Coast apartment market after the hiatus of recent years.”

According to a recent research report, the completion of the Gold Coast’s light rail project coupled with the launch of HB Australia’s residential tower would see the creation of a new locality known as Surfers North.

Researcher Paul Broad, of Broad Property Research and Advisory, says while it is already well-established as a lifestyle destination, the sleepy area between Surfers Paradise and Main Beach is set to come alive.

“We are essentially seeing the creation of a new mini-suburb on the Gold Coast,” Mr Broad said.

“The light rail station servicing the area is going to be known as Surfers North and so we see this locality being labeled as such in the future as a precinct in its own right.

“It is neither Surfers Paradise nor Main Beach – it is a strategically very well located spot centered between the Marriott Hotel, Nerang River and Narrowneck.

“It is well established but it’s about to get a whole lot better.”

The report also predicted the area could become a hot spot for tertiary students looking for an attractive and vibrant residential location within easy reach of their university or college.

Mr Broad said HB Australia’s tower would be the first major residential project to capitalize on the rejuvenation associated with the light rail project and city’s staging of the hosting of the 2018 Commonwealth Games.

HB Australia is a subsidiary of Ho Bee Land Limited, a longstanding Singapore-based property development and investment company established in 1987.

Ho Bee has been listed on the Singapore Exchange since 1999 and is active in residential, commercial and industrial projects throughout Singapore.

The company also has interests in London, Shanghai, Gold Coast and Melbourne.

It is recognised as a leader in the development of luxury private residences and its track record in this area is highlighted by its flagship masterplanned community Sentosa Cove, on Sentosa Island in Singapore.